It’s interesting how cheating has already spread throughout mobile gaming, which is newer to the world than the desktop and console categories. That certainly didn’t take very long. We pay attention to such trends for two reasons: (1) Nethone is in the business of preventing online fraud in eCommerce, finance, etc. (2) A number of us are gamers. There are a number of similarities between designing systems for anti-fraud in business and anti-cheating in gaming/esports, so we decided to build our own matchmaking and anti-doping solution for game developers. It’s called Elympics. 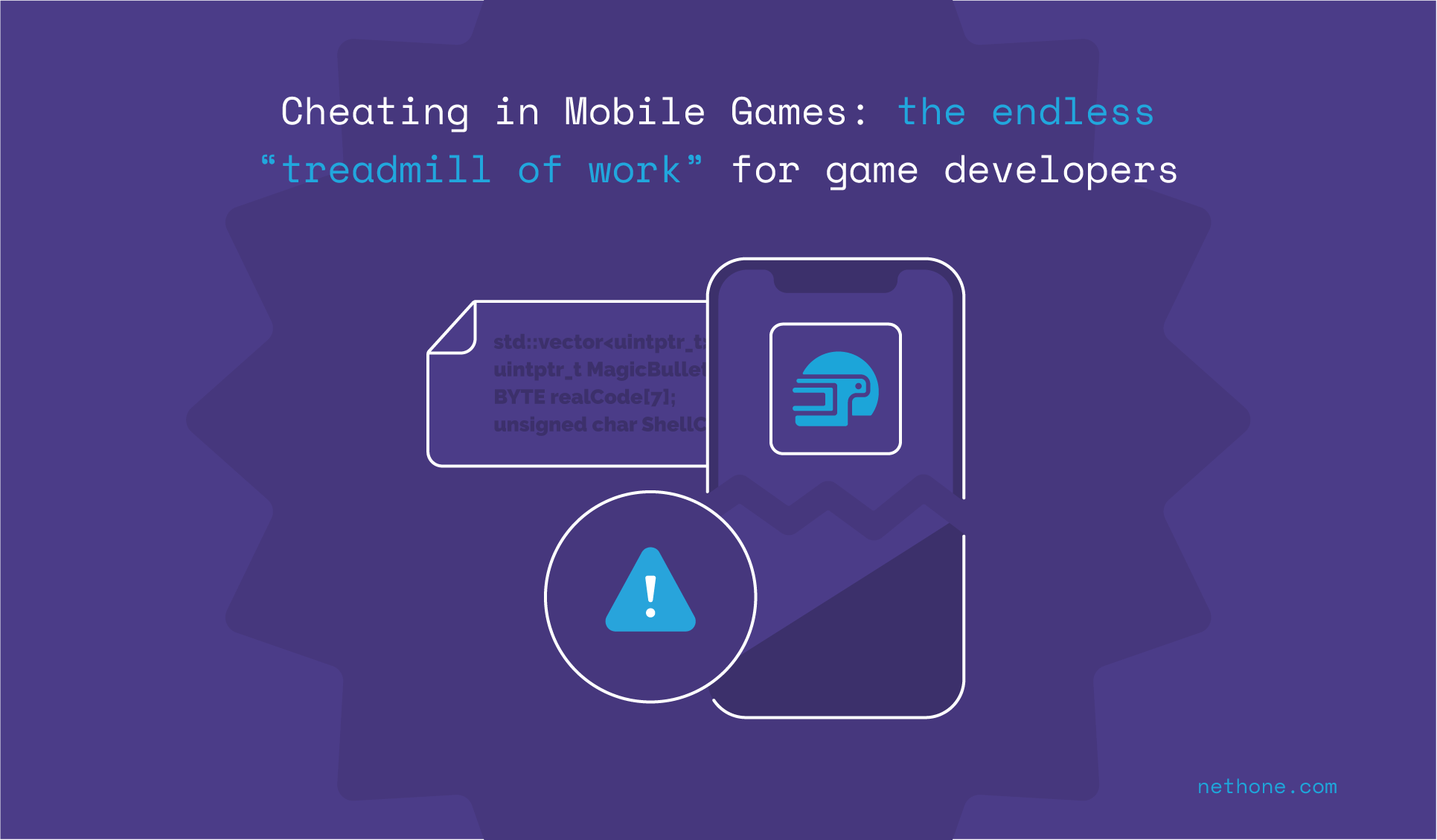 PUBG Mobile, one of the world’s most popular mobile game franchises with hundreds of millions of downloads, recently reported an increase in cheating activity and new initiatives to address it:

"Last week, the PUBG MOBILE team took strong action against iOS jailbreak plug-in hacks! Cheaters used X-Ray vision, auto-aim, and many other cheating methods to severely disrupt the game environment and gaming experience. The PUBG MOBILE team monitors these hacks closely and takes measures to target them immediately once they are detected."

It sounds like the PUBG Mobile team is fully engaged in playing “whack a mole” with the developers of cheats and the players that use them.

It’s a tough battle, as new cheats are constantly being developed and old cheats are enhanced quickly after they’re spotted by the developers. You can find a huge selection of cheats online in repositories such as the below. Many are available for free, others are quite cheap, and others are tied to ATO, phishing scams, and other forms of online fraud. 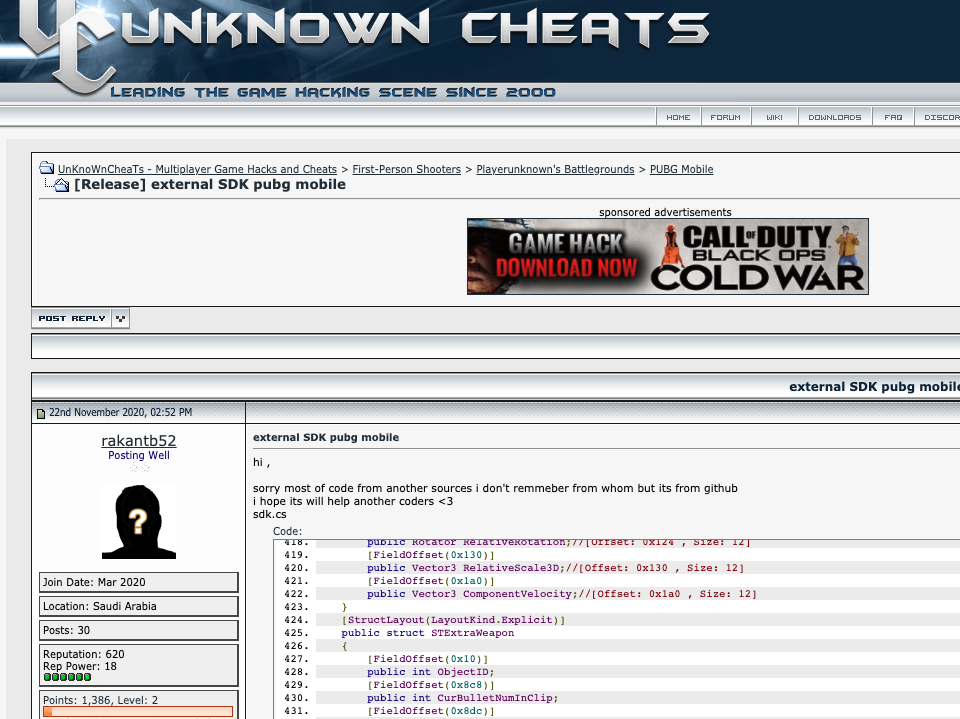 Securing mobile games against cheats becomes even more important in the COVID era, in which professional eSports tournaments are increasingly held remotely. Tournament officials can’t look over the shoulder of the player and spot a cheat that has been cleverly re-labeled “Word.exe,” for example.

Like PCs, mobile devices can run cheating applications and plugins. They aren’t controlled environments like xbox, Playstation or Nintendo consoles (but even consoles have their own vulnerabilities).

Valve’s Jonathan McDonald called the process of identifying cheats and updating the codebase to protect against them the “treadmill of work” in an excellent presentation he gave to the Game Developers Conference in 2018 about how the CS:GO team combats cheating with Deep Learning. 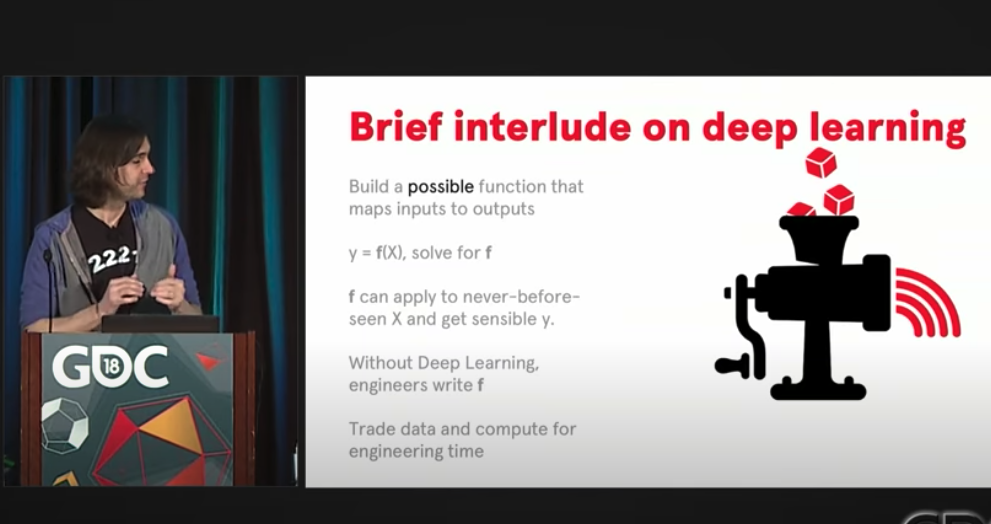 He gives a useful explanation of the value of Deep Learning in working a problem like cheating in an online game with millions of monthly players. Deep Learning can build a function that maps inputs to outputs. Consider y=(f)x. With Deep Learning, f can be applied to never-before-seen x and get sensible y, which is pretty powerful, especially given that without Deep Learning, the job of solving f falls on engineers, who are always difficult to find, and probably prefer to avoid the “treadmill of work.”

We’re pretty familiar with the “treadmill of work,” as we’ve been in the online fraud space for several years. There are a number of similarities between the problem of cheating in gaming and perpetrating online fraud against ecommerce and financial institutions. That’s why we’re in the process of creating our own anti-cheating solutions for the mobile gaming and esports space. We call it Elympics. We recently finished the multiplatform SDK (software development kit) portion of the project. With the SDK, we can look at the attributes of a device as well as the history of a player’s activity in a given game, even their learning curve. The idea is to give game developers easy-to-implement libraries that will provide advanced matchmaking tools based on Machine Learning algorithms and an anti-doping mechanism. It’s in our production servers and we’re using it to analyze cheating scenarios from an RPG game that was created especially for the project by our project partner Daftmobile.

The SDK’s structure will consist of the following elements:

The detection will be based on data coming from many sources, such as software, hardware, network and behaviour of players. Our intent is to create an advanced matchmaking mechanism that will be applicable for all kinds of mobile esport games. Elympics will perform matchmaking and detect doping in the following three scenarios:

Detecting “doping” is crucial to the success of matchmaking, as getting paired with cheaters is a really fast way to lose legitimate players in a game.

We hope that developers will use Elympics to manage cheats in their games in a convenient, cost-effective manner since it will be built as components that can be attached to the most popular game development engines. Stay tuned for more updates.

Browsing the infamous third-party online video game stores. They’re not what I expected

I take a peek at the infamous third-party online stores for video game codes, accounts, and skins/powers. Are they tied to video game scams?