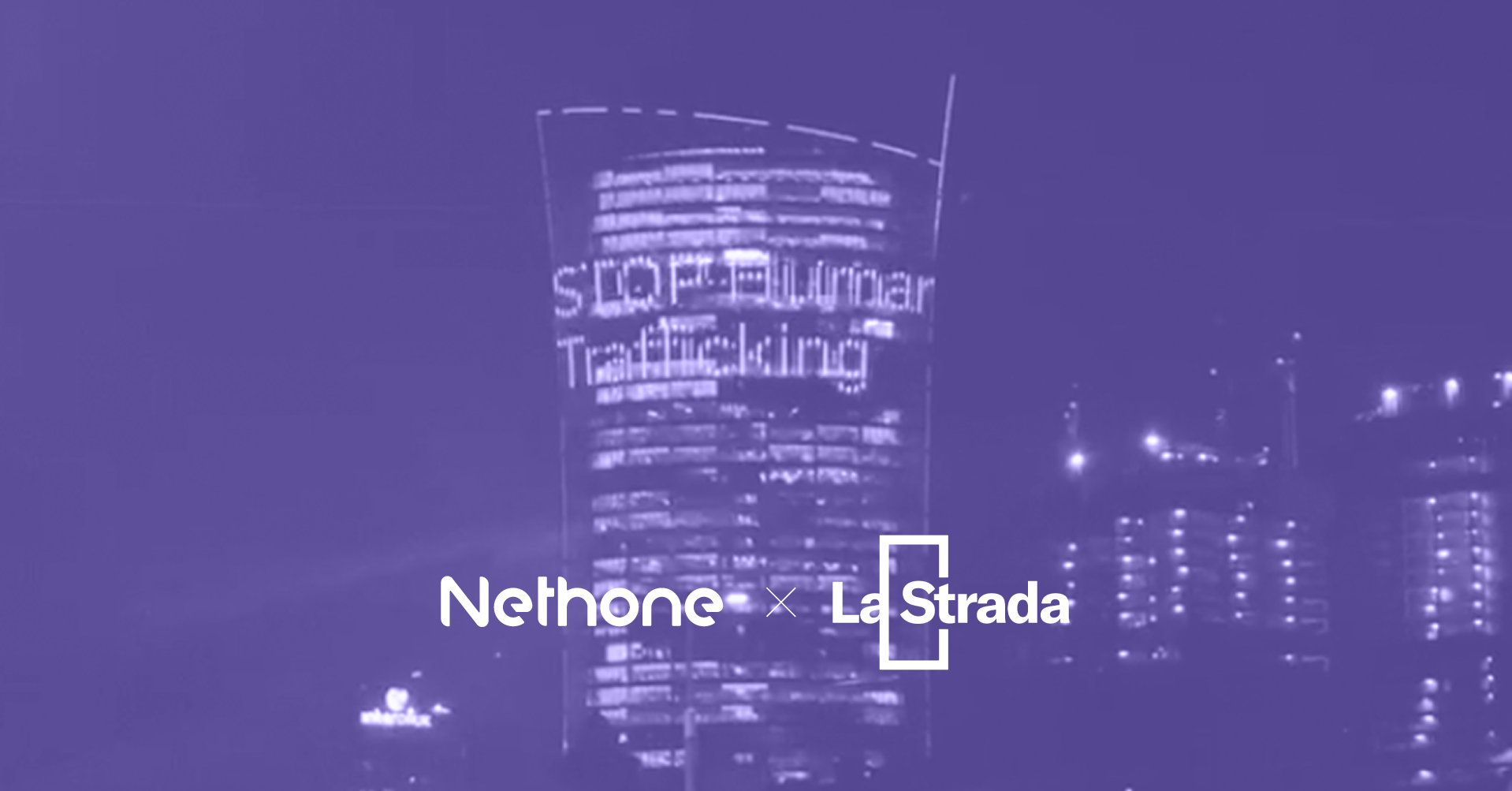 According to estimates by the International Labour Organisation, human trafficking has generated profits of around $150B a year worldwide. It requires great social mobilisation to try and control it. Eliminating this phenomenon is probably a dream, because of too many groups - not only criminal ones - profit from human trafficking.

Human trafficking itself is also changing and we are increasingly using a broader concept: modern slavery to accommodate all forms of exploitation. In 2018 alone, 40 million people fell victim to modern slavery. The ways in which this crime is recognised and detected are also changing. Just as international criminal groups are reaching for new solutions, new players have emerged among private entities that recognise human trafficking and want to reduce the activities leading to human trafficking. Among them, entities specializing in various types of cyber-security, such as Nethone, which helps to prevent online transactions by unauthorized persons.

With a sense of social responsibility, Nethone has decided to get involved in promoting knowledge about the problem of modern slavery, noting that its activities may contribute to the detection of practices indicating the activity of perpetrators by preventing fraud in the online payment process. Organised crime groups use stolen cards and data to purchase airline tickets online. Some of these tickets are used to facilitate illegal activities, including human trafficking and modern slavery.

The joint action by Nethone and La Strada foundation took spectacular form as a display on the popular Warsaw Spire skyscraper "STOP Human Trafficking. #FightFraud" on the last Friday of February. Additionally, Nethone decided to donate all its income from this night to La Strada Foundation.

"Airlines are increasingly pointing out that payment fraud in their sector is not just a financial problem. The La Strada Foundation has also made us aware that over 60% of victims of human trafficking cross at least one international border, often flying and moving between different airports. We are pleased that technology allows us to significantly reduce the scale of this problem, which is why we support the La Strada Foundation and help airlines prevent online payment fraud” - says Hubert Rachwalski, CEO of Nethone.

About the La Strada foundation

La Strada Foundation is an organization that has been fighting and preventing human trafficking for 25 years through prevention, victim assistance, professional training, and lobbying. For the last 5 years, it has been cooperating intensively with business, paying attention to issues related to ethical employment and prevention of forced labour. It also supports the implementation of modern CSR standards in Poland.

Nethone is a provider of KYU (Know Your Users) solutions based on artificial intelligence which help enterprises transform threats and challenges into accurate, profitable business decisions. Nethone’s solutions allow companies to simultaneously protect themselves against losses and increase profits. Such solutions include i.e. top-class security against fraud, real-time tools for adaptive segmentation and customer retention, and behavioral analysis in banking systems to prevent account takeover. More information about the company can be found at nethone.com.