Two huge, revolutionary changes are coming to banking in Brazil in November 2020. The Central Bank of Brazil has released an Open Banking regulation which will mandate registered financial institutions to share customer transactional data with third parties (if the customer agrees, of course). The other high impact change of November is the launch of PIX, also initiated by the Central Bank of Brazil. PIX is an instant payment system that will enable transfers and payments from one e-wallet to another in real-time. November is going to be an interesting month in Brazil. 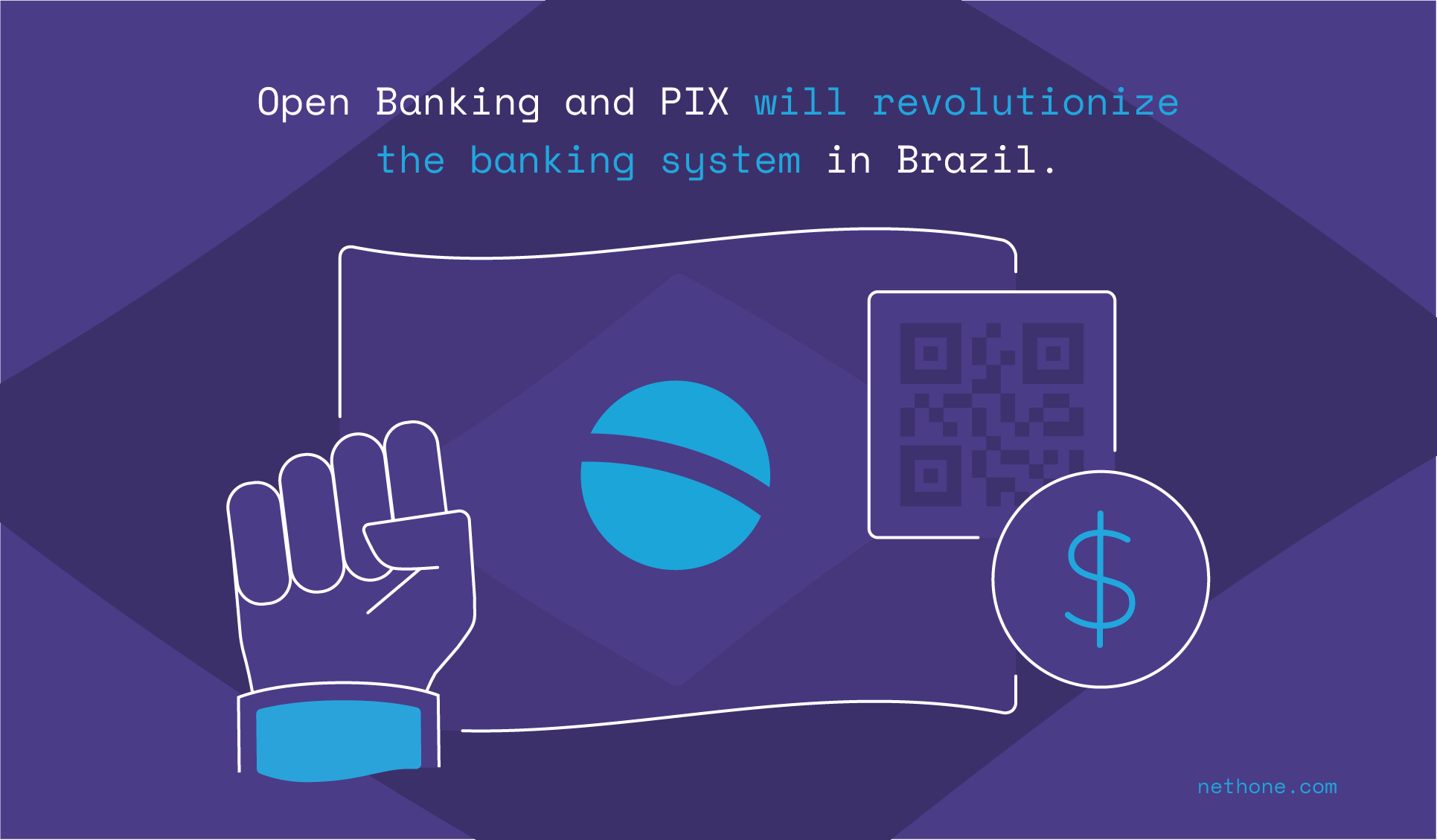 Let’s start from the source. From the Central Bank of Brazil’s announcement:

The newly issued regulation on open banking (‘Sistema Financeiro Aberto’) enables the sharing of registration and transactional data from individuals or legal entities through a secure, prompt, accurate and convenient manner — at the customers’ discretion, in the case of data and services that identifies the customer.

It reads like a minor, insignificant change in regulation, but the implications are huge. It basically opens what has effectively been a closed market to real competition for the first time, to allow more than just the traditional four giant banks that have dominated for years. Sharing registration and transaction data connected with a standardization of the use of APIs means more companies can enter the industry, which means less cost for the market as a whole.

The door opens for digital banks and fintechs, which are smaller, 100% digital and use apps and online platforms to support their customers, rather than traditional physical branches. They are more nimble and innovative than traditional banks. Digital banks have already demonstrated in a number of regions that they can outperform traditional banks on customer service and product features (and profitability). They are able to launch features and develop partnerships to meet consumer needs much faster. Of course they don’t have the brand awareness, political relationships and capital resources of traditional banks, but this mix of strengths and weaknesses is creating an interesting knowledge transfer. In some instances, fintechs have even pushed incumbents to better serve and support their customers. In short, Open Banking offers the following advantages:

As EBANX puts it, “PIX is the system created by the Central Bank of Brazil to bring instant payments to life.” All wallets that use QR Codes will become interoperable, meaning transfers and payments will be allowed from one e-wallet to another in real-time. The transactions will be cheaper with less overhead and no intermediaries---there's no need for acquirers, card schemes or issuers to participate in the arrangement.

The current payment options are slow and expensive---not the kind of qualities you want in a payment system. The current options are also few: making payments by bank slip and card, or bank transfers via DOC and TED. Users of PIX will see immediate value. As Gabriel Pentagna Guimarães of BS2 points out, currently the cost of a TED is between R $ 0.09 and R $ 0.20. The cost of a PIX transaction is R $ 0.001 (one hundredth of a cent), making it possible to make up to 200 operations / transactions with the same value.

PIX is available to the entire population for registration in October and then goes into effect in November. In the end, PIX will make life easier and more secure for all parties: business owners and customers. And like Open Banking, PIX opens many possibilities for new players to offer innovative, I daresay revolutionary, banking services.

Brazil is ready for innovation in banking tech and access

With Brazil’s high internet penetration among the population, a practically ideal environment exists for innovative digital banks to thrive. According to Beyond Borders Research, Brazil is the fifth largest internet and cellphone economy in the world with a lot of room to expand. By 2022, the number of unique mobile subscribers is projected to increase by 26%, while the total number of connections could increase by 40%. Mobile is expected to overtake desktop in digital transactions in 2021.

Despite the sharp increase in interest in banking and high internet penetration, the population in Brazil is still under-served and under-banked. The latest estimates indicate that 1 in 3 do not have a bank account. Brazil’s leadership certainly took notice. Business Insider reports that rules were already passed in 2018 to allow fintechs to directly extend credit, and Open Banking guidelines were initially published in 2019. So the foundation for the big changes has already been established.

Companies like Banco BS2 have hit the ground running and have already begun to bridge the gap with innovations in tech and access, by offering a free digital account accessible from an Android app with unlimited withdrawals and payments. But Open Banking and PIX open the doors for a BS2 to rapidly expand instant payment and other banking service innovations. Banco BS2 has already stated that it intends to be one of the first digital banks to adopt the new instant payment system by QR Code. Breno Guelman, Head of the BS2 Empresas hub, flat out stated that PIX could revolutionize company payments, that PIX is a democratic tool and certainly aims to improve the business environment in the country.

It is not just consumers that are under-served; many businesses are under-served as well. That has left the door open for another interesting company: Bankly, which works with the merchant side of the transaction. According to Bankly CEO Davi Holanda, Bankly empowers stores to create their own payment methods because everything can be done using a QR Code. In the past, stores only had the option of purchasing an expensive credit card machine. Not surprisingly, Bankly’s revenues have grown 50% year over recent years.

The Brazil banking opportunity is “Open,” interesting, and enormous.

It’s a very exciting time and I can’t wait to see the changes that will come to the industry. In the end, I think both customers and businesses will benefit enormously from the Opening of the market. At Nethone, we have already helped assess risk and prevent fraud for a number of innovative digital banking and fintech companies that operate in Europe. We know the exciting options that await communities in Brazil, and we also think that the banking industry will be pushed into fascinating new directions.

If you are in Fraud Prevention and Risk Management for a Digital Bank or Fintech, here are some recommendations for reducing risk and preventing online fraud. Unfortunately, when there is money and the internet, online fraudsters will soon follow. But with a machine learning anti-fraud system in place, your business will be secure. I will explore the topic further in future posts.

5 insights about e-commerce in Brazil

What’s going on in Brazilian e-comm? How big is fraud market and how retailers can deal with it? Read 5 insights about e-commerce in Brazil.