In March, we had a privilege to participate in the official delegation of the Government of Poland to Washington. Nethone has been selected by Kosciuszko Institute – the co-organizer of the project – to represent, along with a few other companies, the Polish cybersecurity sector. It was a busy, yet extremely productive time – worth every minute of it.

During our stay in the US, we had an opportunity to visit some of the leading cybersec companies like Raytheon, pitch in front of the world’s best business accelerators, such as MACH37, and talk politics with Rudolph Giuliani and Joe Manchin. The main takeaway is straightforward: cybersecurity becomes one of the paramount challenges for the modern world. In order to meet this challenge, governments must closely cooperate with business, including start-ups, and continually modify their policies to foster innovation and stay at least one step ahead of the bad guys – be them criminals or hostile countries.

Multilateral dialogue is the way to go

Let’s start with the policy-making part. I am more than happy to see that both – American and European regulators begin to understand the value of the multilateral dialogue involving governments, corporations, accelerators and start-ups. Both, states and commercial entities have the right tools to truly contribute to what I call “global state of digital security”. Politicians have everything it takes to make favourable development conditions for innovative companies: legitimacy, power, and control over the way policies are shaped and executed. Through public financing, tax incentives, R&D projects, etc. governments could effectively stimulate development of innovative cybersec solutions and – at the very same time – take maximum advantage of the dynamics, agility and courage typical of success-hungry entrepreneurs. By what means? There is no such thing as a free lunch; business entities also have a serious role to play in the process. By staying alert 24/7, monitoring trends, discovering new threats and promptly responding to ever more complex challenges of the digital realm, businesses can and should support policy makers with far going insider advisory. Together we can do much more to make the world a safer place, and by doing so generate economic benefits.

Now, let’s take a look at the Visegrad Four – the sponsor of the delegation. The digital revolution, taking place right now, is actually the first great economic revolution that countries like Poland have a chance to really participate in and benefit from directly. The industrial revolution of the 19th century, as well as the post-war revolution of the mid-20th century were “not for us”. Poland, Czech Republic, Hungary and Slovakia had many other problems to address back then. Most conspicuously, we had to fight for independence. Today, if counted as a single nation state, the Visegrad Group is the fifth largest economy in Europe and 12th largest in the world. Moreover, according to HackerRank, Poland has some of the best developers in the world (the 3rd spot in the rank), and these are just some of the many premises to back the thesis that Central Europe has the capability to and should take a stand against global cyber threats, becoming a significant contributor to the process. This, of course, requires smooth cooperation between policy makers and businesses – a partnership built on mutual trust and deep understanding of common, as well as particular interests of the involved parties.

Time to roll up the sleeves

I believe that conclusions from any thoughts-feeding events, such as V4 Cybersecurity Conference – the core part of the delegation – should be translated into real actions immediately. Otherwise, words would remain just words. Governments of the V4 countries should take steps to tighten their cooperation with cybersec businesses and organisations acting on behalf of the industry as soon as possible. They can do so, for instance, by implementing selected solutions in public institutions. In that way, key technologies will be developed quicker, public domain will improve their security and commercial projects will flourish faster, bringing V4 countries and their powerful partners numerous benefits, such as high-paid jobs, higher tax income and international prestige. It is time to roll up the sleeves and make things happen. Together. 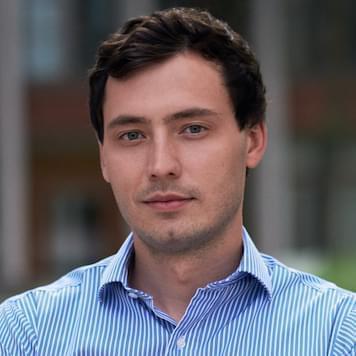